It is said that in many experiences the journey is an especially important part. When you visit Casa Marcial, this trip becomes a fundamental part. The 25 minutes that separate Ribadesella, a coastal town in Asturias in the North of Spain from La Salgar become a journey from the sea to the sky, crossing idyllic valleys, villages, and cows that watch the traveler pass by. Then you arrive to the most beautiful car park in the world.

The Asturian chef Nacho Manzano has turned the house of his ancestors into one of the temples of gastronomy in Europe. He could have been born in an uglier, more ordinary place. But he did it in one of the most magical corners I have ever seen. And this environment surrounds the DNA of his cuisine, which revolves around local and seasonal products and the dialogue between mountain and sea.

Manzano opened his restaurant when he was incredibly young, at the age of twenty-two, in the middle of the 1990s. He had previously worked at Casa Víctor in Gijón, where he learned to master the technique of classic Asturian cuisine. But his curiosity went beyond his native land. So, he decided to participate in several meetings with the most outstanding chefs of the time in San Sebastian. Those were the times when Ferrán Adrià’s cuisine turned the map of Spanish gastronomy 180 degrees.

With all these ideas he began to accomplish his dream in company his sister Esther. They old cider press of the house became the dining room. At first Casa Marcial was a traditional Asturian restaurant. But the most revolutionary and creative side of him made his way until what Casa Marcial is today:  one of the 2 Michelin stars more acclaimed in our country. Manzano was chosen last year as the best chef by the Spanish Royal Academy of Gastronomy.

Casa Marcial combines two menus anchored to the surrounding environment and inspired by the concept of farm to table. The Pienzu menu is dedicated to the highest peak of Sierra de Sueve. And the Vega menu, to one of his favorite beaches. But he adds the possibility of eating the great classics of the house a la carte: fabada, the perfect croquettes created together with his sister Esther, and the rice with pitu, a wild chicken, specialty of his mother Olga. All of them accompanied by a spectacular and innovative pairing of ciders from around the world executed by the sommelier Juan Luis García. He was also chosen as the best in its category in Spain.

The tour begins with an incredible aperitif, with a taste of grass, celery, and algae, accompanied by homemade kombucha. A song to the environment and the pastures that surround it. It is followed by a crisp with sliced ​​mushrooms, also very delicate. And the famous corn tortu with candied onion and goat cheese. Nacho Manzano created it when he was only 13 years old, and it has become a benchmark in Asturian gastronomy. It is paired by Alicia aperitif cider, from Casa Trabanco, conceived not to be poured and to be enjoyed as if it were a white wine.

The famous croquettes arrive. Simply perfect. Perfect contrast between the crunchy texture on the outside and liquid on the inside. They are accompanied by a traditional Basque cider from Astigarraga.

And here comes the fabada, the most traditional bean stew from Asturias. Cooked at its perfect point. Soft and powerful at the same time. It is accompanied by a sweet cider from the Dupont family in Normandy. To my surprise, its delicacy harmonizes perfectly with the intensity of the fabada. To Juan Luis García it will seem something natural. To me, something magical. For the sommelier of Casa Marcial “a pairing is an accompaniment, and dish and wine, cider in this case, have to get along and dance in unison, not overshadow each other.”

It is time for rice with pitu. Another example of the complexity of the simple. Because making the dark meat of an athlete bird tender and tasty seems like a major challenge to me. “The simplest dishes have a lot of technique behind them,” explains Nacho Manzano, who has come out of the kitchen to take meet and greet the diners. The cider this time is German, Cydonia, from Weidmann & Groh. With more color and more intense, made with apple and quince. “The world of cider is more interesting and more varied than people think,” the sommelier tells me. “You can’t age it like wine, but you can make cider with different fruits, so the nuances are very varied.”

This is the case of the Norman pear cider, Poiré, which accompanies the fish dish of the day, which in this case is turbot en beurre blanc with fresh asparagus. One of my favorites, because Manzano delicately handles a fish with an intense flavor. Here we find the “French” moment of the day, perfect for lovers of the most delicate flavors.

And the dessert. But before the pre-desserts, a mischievous trip to childhood memories. From the exquisite spoonful seasoned with honey and pollen to a macaron interpreted in the Nacho Manzano way with kiwi. And to my favorite snack, which once again gives the humble corn the importance it deserves: a crunchy sponge cake with a cream made with salty roasted corn. This playful approach reminded me of a similar sentimental journey made by the American candy guru, Cristina Tosi, with her cornflake-infused milk ice cream for breakfast. We return to corn and childhood, as in the appetizer tortu.

The dessert itself was a sesame ice cream, floating like a whale in a chocolate and coffee cream in two textures. Accompanied by some extra crispy chips that gave it the perfect contrast. The circle of ciders was closed with the return to Asturian lands through Olivia, a cider of fire and ice produced by Sidra Panizales.

Ribadesella and the Nacho Manzano effect

Nacho Manzano’s vision and creativity go beyond the walls of Casa Marcial. His influence on the young chefs, together with the already ancient culinary tradition of the surroundings of Ribadesella, have turned the area into a place of pilgrimage for lovers of nature and gastronomy. A few kilometers from Casa Marcial we find a Michelin star in El Corral del Indianu and another in Ayalga. In addition to La Huertona, Quince Nudos, Güeyu Mar, El Molín de Mingo… For Juan Luis García this is no coincidence “it is the result of decades of work supported by a privileged environment that gives us the gift of an exceptional pantry”, I comment. “There are many people from other countries who organize their trips around this area and our restaurant. This is something that makes us really happy.”

Casa Marcial is a dream come true that fuels other dreams, such as the recent opening of Narbasu hotel in the Palacio de Rubianes, a farm that will allow them to grow part of the ingredients for the restaurant’s menus. Because for the hypercreative Nacho Manzano there are always things to do, learn and share. 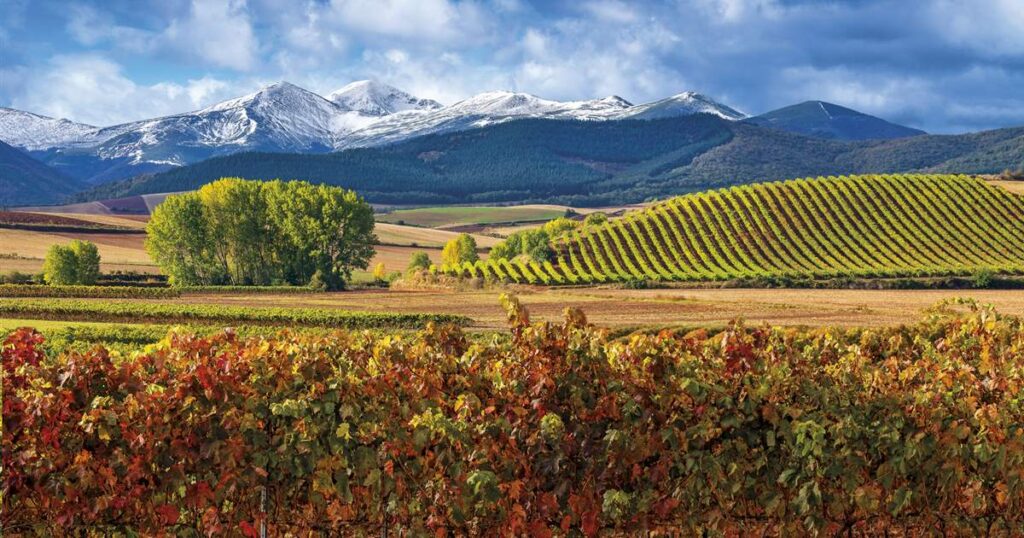 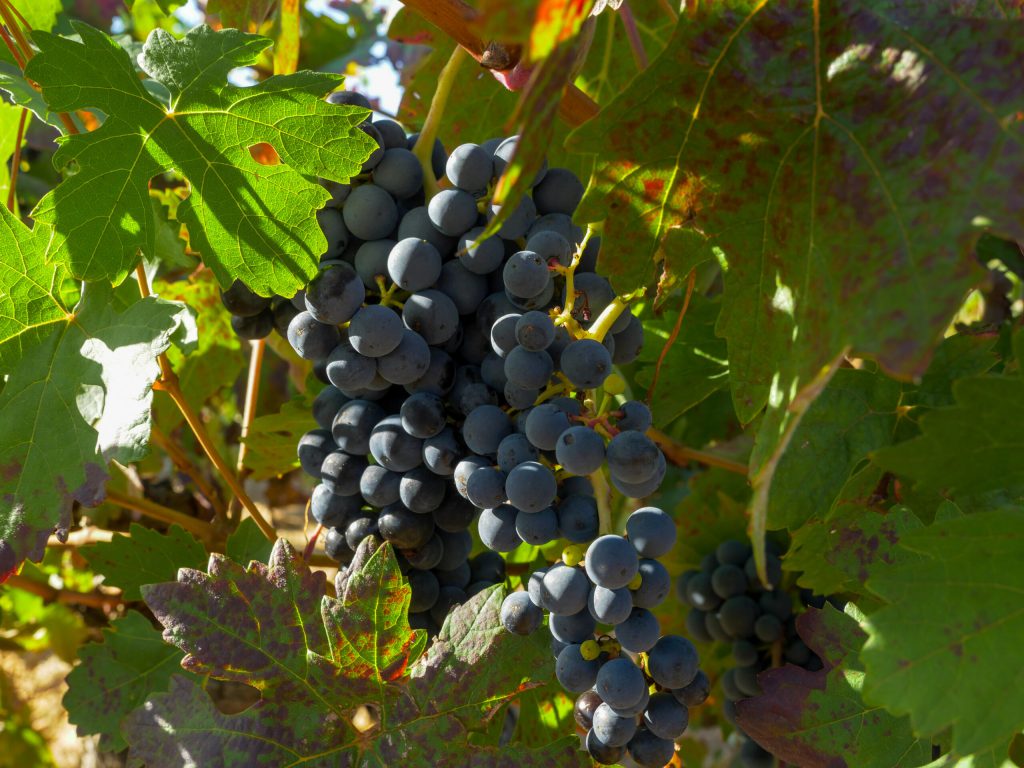 Fenavin 10 X 10: a list of interesting and affordable Spanish wines

I had the opportunity to visit a few weeks ago the most important Spanish wine fair in the country (Fenavin) and one of the most relevants in Europe. I set myself the challenge of choosing the ten more interesting wines for 10 euros or less that I tasted. Or...

We look at the moment that Spanish wineries are living in the US through the eyes of a true pioneer: Almudena de Llaguno. Almudena founded in 1985 with Steve Metzler Classical Wines from Spain, the first Spanish wine importing company in the country. Since then...

Fenavin 10 X 10: a list of interesting and affordable Spanish wines

I had the opportunity to visit a few weeks ago the most important Spanish wine fair in the country (Fenavin) and one of the most relevants in Europe. I set myself the challenge of choosing the ten more interesting wines for 10 euros or less that I tasted. Or...

We look at the moment that Spanish wineries are living in the US through the eyes of a true pioneer: Almudena de Llaguno. Almudena founded in 1985 with Steve Metzler Classical Wines from Spain, the first Spanish wine importing company in the country. Since then...